Meet our crew! Output has some impressive individuals in its ranks, from industry influencers to music producers, from record label owners to audio engineers. Every edition of Output Afterhours aims to highlight the talented people who make our tools come to life. On deck is Carlos Andujar, senior product designer and producer/musician. Read on, and get a peek behind the sounds at Output.

I’m a senior product designer, working on Arcade. My first project when I got here was Kit Generator, which I’m very proud of because it’s a fun tool. Lately I’ve been working on new features to improve the core user experience of Arcade, which should be coming out very soon!

I think of being a product designer like being a Swiss Army knife: You can do a lot of things, across several different departments. At Output, we’ve got product designers who excel in visual design, others who are awesome coders, and others who are really good at user research. Because our skills are so varied, we really have the chance to help shape product strategy, which is great.

What was your starting point in the music/tech industry?

Music was always a part of it. I got my start in high school, teaching myself how to build websites so I could build sites for local bands in my hometown, back in the Angelfire days. Later on, I ended up doing digital product design for different agencies, and then in-house at Mailchimp where I worked for a while, before I saw a posting for a job at Output.

What do you dig about Output?

What drew me to the company was the brand, the visual distinction of the instruments and plugins themselves. There’s a clear emphasis on design and aesthetic at Output that you might not see in much other music software. It’s not just that it sounds cool — it’s also a joy to use.

My most active one is my solo project, Navigateur, which I’ve released music under since 2010, around the time genres like chillwave and vaporwave were starting to pop off. I was definitely influenced a lot by that scene, and it led to me exploring genres like R&B and boogie and ‘90s pop, the kind of stuff that I thought was cheesy as a kid but now really appreciate.

Where do you find inspiration?

It’s always good to keep one eye on what our competition is doing, but I find that there’s a lot of interesting inspiration to find in the real, “analog” world.

For example: Kit Generator features a circular interface for FX presets. The idea for that originally came from one of those “See ‘n Say” animal toys, where you pull on the tab and the wheel spins and the cow goes “moo,” or whatever.

We wanted to make Kit Generator powerful enough for pros, but also accessible enough where people who are just starting out could immediately dive into it. So, I realized the likeness of a wheel might be elementary enough to show people the differences between the FX with more clarity.

How do you balance your creative life, at work and in music?

Once you accept that there’s a fixed amount of time, it just becomes a matter of project management. The key is to make sure that you leave yourself room for creative work, and not lose sight of your goals.

There’s a producer named ill.gates who has a really good approach with being productive with music that I try to follow. On a studio day, I’ll wake up and just generate ideas. I won’t try to write a song. I’m just doing sound design and making samples. Then, in the evening, I’ll write a song using the sounds I made earlier.

If you can structure your time this way, it makes it easier to be intentional with what you’re doing. Every creative person has to find this balance, especially if you have more than one passion.

Arcade, for sure. It’s a great tool when you’re trying to finish a song or if it just needs that extra little thing to generate emotion or glue a track together.

One of our customers described them as “peekaboo moments,” and I think that’s great: Ear candy elements like weird sweeps or momentary flutters that pop in to keep things fresh.

There’s also another new feature for Arcade that we’re currently working on, for Instruments, that’s going to be a game-changer. I can’t say much more about it quite yet, but it’s going to be really cool. 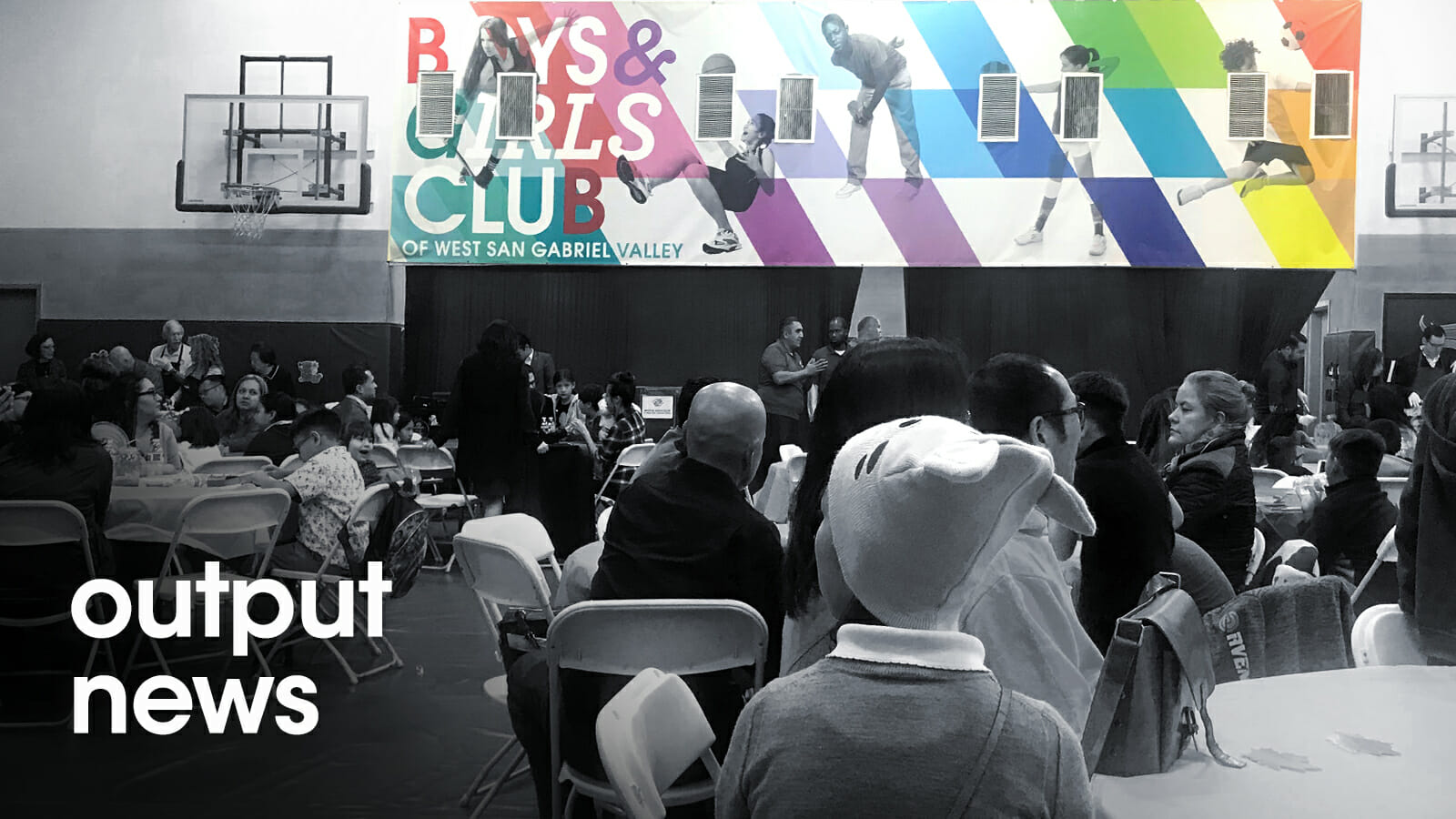 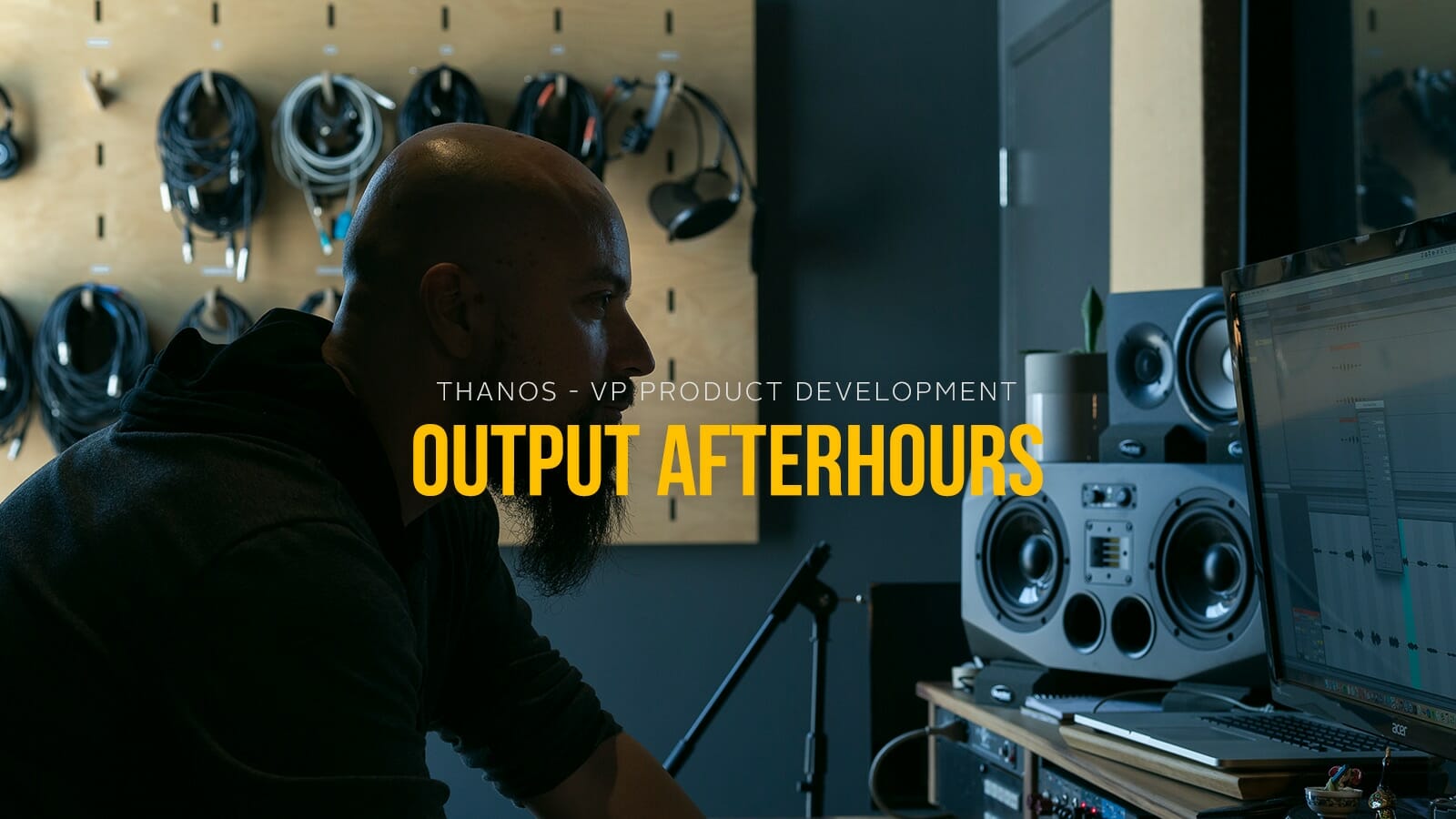 Every edition of Output Afterhours gives a glimpse into the people who make our tools come to life. On deck is Thanos, VP of product development, synthesizer collector, and motorcycle enthusiast.

Sound on Sound took SIGNAL for a test drive and called it “a source of inspiration.”