How Barefoot Was Built

Money couldn’t buy the finest studio monitor, nor could the collective decades of audio engineering experience muscle their way into the next era of pro sound. For Thomas Barefoot, it was a simple matter of necessity. Known simply as “Barefoot” in the pro audio forums that gained him notoriety, the man who turned the speaker industry on its head (or more accurately, on its side) invites you to “Reimagine”:
At the time, Thomas’ dream of playing guitar existed beyond his financial means, so he scavenged the parts to build one. Back then, there were no YouTube tutorials or downloadable manuals, but there was a copy of Irving Sloane’s Guitar Repair at the library. With these scant resources and some tools from shop class, the young, musical MacGyver soon established a small business building and repairing gear for his classmates.

“It’s the idea that you have things around you—you have resources available to you, however little or large they may be—to see them in a different way. To take stuff that you have around you and reimagine it and leverage it into something more. Something bigger than what you think you can actually do at the time.”

Fast forward to the 90s, the era of fish-eye lenses and JNCO jeans. With a fresh new Physics degree, Thomas took his first step into the world of speakers, which presented a new set of obstacles. As his company’s sole manufacturer with little to no experience, Thomas needed to circumvent certain labor-intensive steps if he were to produce speakers at a rate that would drum up profit. So, he thought, why not buy the parts pre-made? By sliding a 12” PVC pipe inside of a 15” PVC pipe, and filling the space between with sound-dampening material, he was able to construct a perfectly functional cabinet. The speakers were success, partly due to an inadvertent cylindrical design that attracted musicians and producers of the era. If you’re paying attention, you can see a pattern forming. 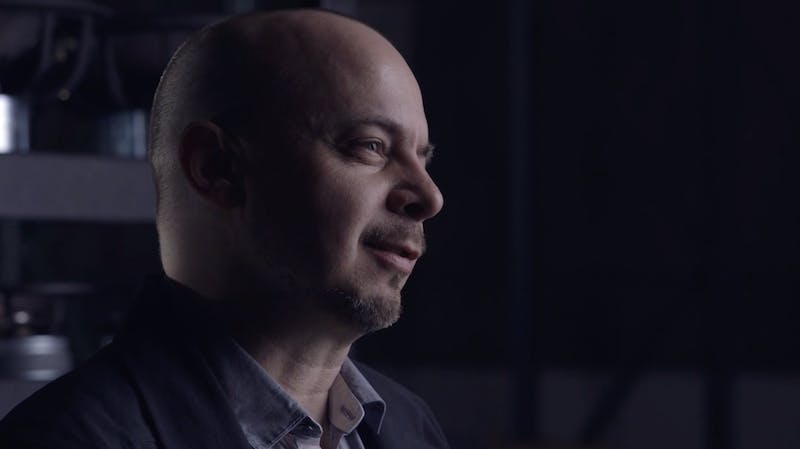 Thomas never lost sight of his passion, even within the 70-hour workweeks spent developing semiconductor-manufacturing technology for Intel. During this phase, spare moments were spent on popular online forums, where he built a name for himself as an expert on all things audio. In these conversations, Thomas stumbled upon a fact that made his spidey senses tingle. In major studios, tracks were being played back on different kinds of speakers at each individual phase of a song’s production. In a perfect world, he thought, the highest quality audio would be available at every stage of the production process. This apparent oversight lit a fire inside Thomas Barefoot, one that would revolutionize the industry and catapult his company to the forefront of pro audio technology.

“You may find yourself going particular ways in your life because it seems expedient, or you’re going to make money in that particular time. But I’ve always found that if you follow what you’re passionate about, you’re ultimately going to be better at that thing anyway.”

First, he wanted to reproduce that huge speaker sound, but from a more compact source. Thomas hypothesized that wrapping two 10” subs around the sides of a speaker cabinet would sound as good as, if not better than, a single 12” sub on its front. The result was a mind-boggling monitor that could rest horizontally or vertically, but that wasn’t even the most innovative part. Thomas further speculated that opposing subs provided an opportunity to subvert Newton’s Third Law, which states that every action has an equal and opposite reaction. As a speaker’s motor pushes onto the cone, the force of the cone naturally pushes back onto the motor, and that force becomes trapped inside the cabinet, where it creates unwanted vibrations. By locking the motors of two opposing drivers, the cones could be driven in and out in opposite directions, canceling out unwanted vibrations altogether. Now dubbed DualForce technology, this simple modification became the cornerstone of Barefoot Sound, and the MicroMain27 Thomas’ best-selling speaker.

It wasn’t long before Hollywood screenwriter Tedi Sarafian showed up with an offer to invest in Thomas’ company. Resources previously unavailable to the part-scavenging hustler were beginning to literally appear on his doorstep. Though wary of a stranger’s kindness, Thomas quickly came to recognize Tedi not only as a fellow audio geek, but also a trusted partner whose contributions would lead to MicroMain’s iconic handles that act as a horizontal mount, as well as the distribution of Barefoot speakers at the world’s most prestigious audio retailer, Vintage King Audio. 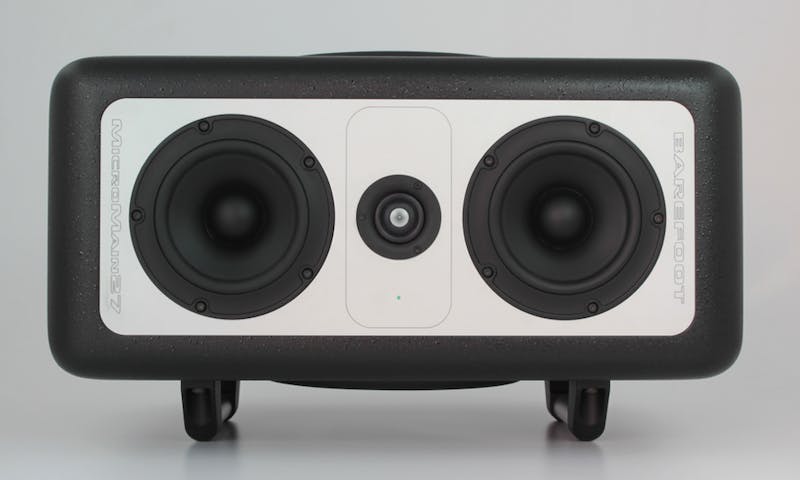 “Whatever shows up in your life— if it seems like an opportunity, you’ve just got to take a chance.”

Barefoot Sound was beginning to look a lot like the company Thomas had always envisioned. Tedi’s celebrity endorsements were generating buzz, speakers were coming in on pallets instead of being manually assembled on a picnic table, and before long their 2,000 sq ft space in San Francisco was beginning to feel a little cramped for Barefoot’s aspirations. By all accounts, everyone was satisfied with how things were going. Everyone except for Thomas, whose spidey senses were tingling once again.

Countless photos of famous musicians posing beside Barefoot monitors made for great press, but some of the images struck a nerve in The Speaker Guru. Many showed Thomas’ precious speakers sandwiched between inferior monitors, a placement that effectually negated the benefits of Barefoot’s trademark dual-opposing subs. A fiendish thought emerged, sending Thomas once again tiptoeing the line between madness and magnificence. If you can’t beat them, why not be them?

Thomas believed his speakers were advanced enough to accurately emulate the voicing characteristics and responses of any classic nearfield monitor. If hearing songs on different speakers was a vital part of the music making process, which it seemed to be, Thomas would eliminate the need for additional sound sources. And thus the rise of Multi-Emphasis Monitor Emulation, or MEME, became the next great technological achievement for Barefoot Sound. With some nifty digital signal processing, a simple switch made it possible for producers to preview their mix on four different classic speaker settings from the same stereo position, without the extra clutter.

“I think that’s the way to keep doing it. Keep doing stuff that’s beyond your means.”

Barefoot eventually brought their signature sound into homes across the world, collaborating with Shinola to make speakers that were accessible to the average music lover. Now, the upcoming studio monitor collaboration with Output has captured the attention of countless home studio owners who yearn for Barefoot-quality sound at an affordable price. Thomas has always dreamt of a totally 3D-printed monitor, and already Barefoot is installing 3D-printed parts in new models. It seems as if each achievement is just another starting point for this inexhaustible creator.

While scientists and technological leaders stand out among us as rock stars of the modern era, the audio world holds its breath and waits to see what Barefoot will do next. It seems as if the sky’s the limit for this brave band of sound-seeking explorers, and that’s essentially the point Thomas Barefoot wants to make. No matter what your situation looks like, you can use the resources around you as leverage to achieve your goals. Take chances. Don’t be afraid to ask for what you want. Most importantly, live to follow your passion, and you will find fulfillment in whatever you do. This is the spirit that brought Barefoot and Output together, a sentiment reflected in all the musicians who use Output’s products every day, doing whatever it takes to reach that next level.